The cereal genomes: hidden treasures for evolutionary genomics and agronomy

We are studying the genomes of the grass species wheat, barley and rice to analyze genome evolution in cereals. Plant genomes generally evolve much more rapidly than animal genomes and we want to understand  the underlying molecular mechanisms. These studies in evolutionary genomics have already given surprising results: for the genomic regions analyzed to date, we found complete restructuring of the intergenic regions within 1 to 3 million years, a much faster and dramatic evolution than previously assumed.

The wheat genome is very large (5x the size of the human genome) and complex. The knowledge on cereal genome structure is used in our group for the molecular isolation of agronomically important genes from wheat and barley. We have recently isolated the first two resistance genes against the fungal diseases leaf rust and powdery mildew of wheat. We are now studying their activity and the evolution of resistance at the molecular level.

The different projects conducted in the research group strongly depend on the use of genomic technologies as well as advanced bioinformatics. 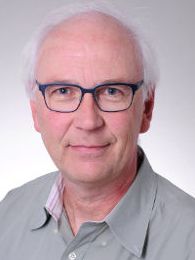