When it comes to food, less is often more 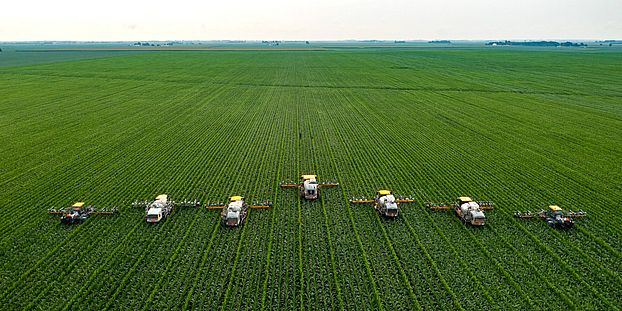 For Achim Walter, it’s time we take responsibility for what we eat. As consumers, we have a right to demand a food system that serves the environment, promotes health and protects those in less affluent circumstances.

In the middle of the 20th century, many countries around the world were suffering from a poor supply of food. However, in response to the devastation of two world wars, science had prepared the ground for major advances in agriculture. A key question was how to combat hunger. The answer came in the decades-long process of constantly increasing yields and the mechanisation of farming.

Europe currently feeds two-thirds of its cereal production to livestock. Even in good times that cannot be a model for the future – not least at a time when grain supplies to the world’s poorest countries are being held up by the war in Ukraine. Equally misguided are imports of soy feed from Brazil, where this form of agriculture is having a growing impact on the rainforest.

Achim Walter is professor of Crop Science at ETH Zurich. He is also a member of the Swiss Society of Plant Biology, visit Achim Walter's portfolio on the Swiss Plant Science Web.