Determining the rate and shape of Arctic Greening 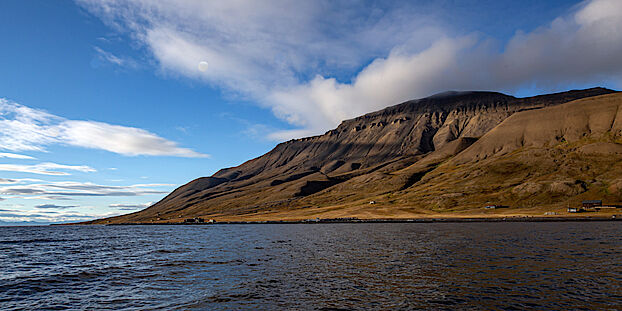 A team of researchers from ETH Zurich and WSL travelled to Svalbard this summer to take a closer look at the phenomenon of Arctic greening. Lead principal investigator Sebastian Doetterl discusses research in the face of polar bears, airline strikes and war.

Exploring ecological changes in the Arctic
Longyearbyen, the capital of Svalbard, is the starting point for the team of plant ecologists, soil scientists, geoecologists and microbiologists to investigate the local patterns and mechanisms of Arctic Greening in the coming years as part of an ETH+ project. In addition to Doetterl’s group, the project involves researchers led by Jake Alexander, Cara Magnabosco, Simone Fior (all at ETH Zurich) and Aline Frossard at WSL.