Perception of stress and the mechanisms of molecular chaperones

Heat-Shock Biology and the Mechanisms of Chaperone Actions

Our research is focused on molecular chaperones, proteins that assist the (un)folding of other proteins in the cell. Many molecular chaperones are stress-induced proteins. During and following stress, such as heat-shock, they are involved in the prevention of protein misfolding and aggregation in the cell. Hence, the chaperone network provides central mechanisms for the protection and the recovery from damaged proteins in prokaryotes and eukaryotes.

We are also interested in the mechanism for perception of heat-stress in plants. Plants need to rapidly detect mild temperature increments and develop thermotolerance by establishing appropriate molecular defenses against upcoming noxious temperatures. We found strong biochemical evidence that specific plasma membrane calcium channels act as the most upstream heat-sensors in the moss Physcomitrella patens. Currently, we are studying plant genes that are involved in the initial sensing of higher temperatures.

Our long-term goal is to understand heat-shock signaling and chaperone network, in order to prevent protein misfolding and promote the active curing of toxic protein aggregates, especially in the case of protein misfolding diseases. 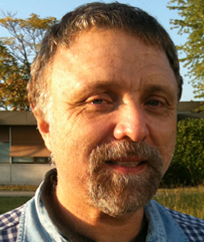