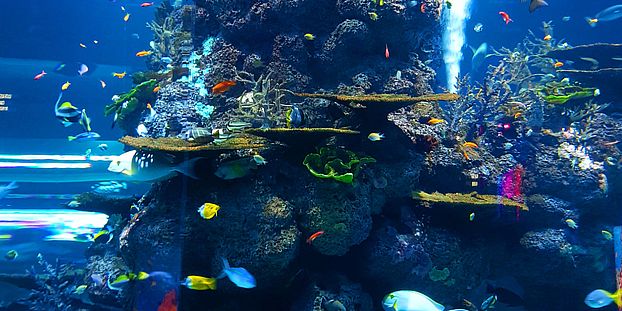 An international research team from ETH Zurich and French universities studied genetic diversity among fish around the world for the first time. Their research produced a map that will serve as a tool to improving the conservation of species and genetic diversity in the future.

The researchers see their study as a tool to further improve conservation of genetic diversity and biodiversity overall. Their map makes it easier to detect hotspots of species and genetic diversity and to plan appropriate protective action. Maintaining the genetic diversity is crucial, say the researchers. “The more diverse a population’s gene pool is, the higher the potential for adaptation to environmental changes,” explains Loïc Pellissier, co-​lead author of the study and Professor at ETH’s Institute of Terrestrial Ecosystems and member of the Swiss Plant Science Web.

The current study was made possible by a large number of local researchers who sequenced DNA samples from fish and shared the data in a publicly accessible database (www.barcodinglife.org). “This is a clear demonstration of how important open data is for the global study of natural processes,” Pellissier says.

Source
ETH Zurich News in English and in German