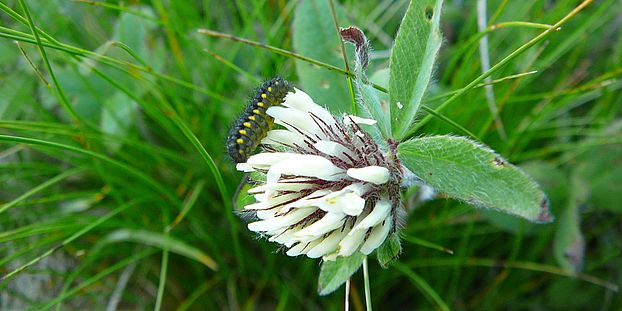 Soya and clover have their very own fertiliser factories in their roots. That's where bacteria manufacture ammonium, which is crucial for plant growth. This has long been common knowledge, but scientists have only recently described the mechanism in detail. With biotechnology, this knowledge could now help make agriculture more sustainable.

Rather a battle than a voluntary symbiosis

The findings shed new light on the coexistence of plants and rhizobia. “This symbiosis is often misrepresented as a voluntary give and take. In fact, the two partners do their utmost to exploit each other,” Matthias Christen says.

As the scientists were able to demonstrate, soya and clover do not exactly roll out the red carpet for their rhizobia, but rather regard them as pathogens. The plants try to cut off the bacteria’s oxygen supply and expose them to acidic conditions. Meanwhile, the bacteria toil ceaselessly to survive in this hostile environment. They use the arginine present in the plants because it enables them to switch to a metabolism that does not require much oxygen.

To neutralise the acidic environment, the microbes transfer acidifying protons to nitrogen molecules taken from the air. This produces ammonium, which they get rid of by conducting it out of the bacterial cell and passing it on to the plant. “The ammonium that is so crucial for the plant is thus merely a waste product in the bacteria’s struggle for survival,” Beat Christen says.